We celebrate young African disruptors from all corners of the world, at the forefront of building healthy and sustainable places for people and planet. They are impatient for impact, and their actions inspire us. 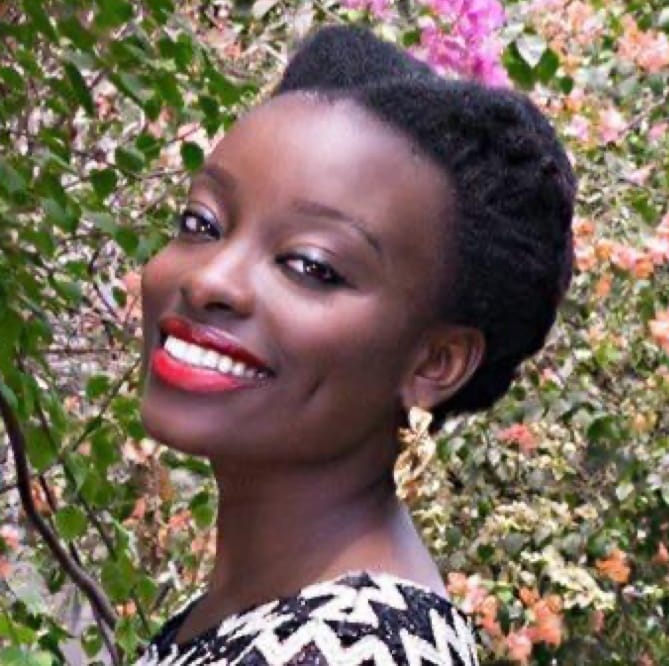 Ebele is passionate about creating solutions that can change the trajectory of health and wellbeing, especially in Africa.

Some of her past work includes frontline engagement of clinicians in the roll-out of a state-wide medical waste management initiative in Lagos, Nigeria; co-developing a malaria prevention initiative focused on Nkolve, Cameroon; an internship at the WHO investigating factors shaping urban health in Lagos, and leading Africa-wide partnerships for a digital health innovation.

She leads Engage Africa Foundation, a pan-African network on a mission to advocate for people-centred solutions that put health at the center of development in Africa, in light of the rise of non-communicable diseases. They have run dialogues with the Young Town Planners Association of the Nigerian Institute of Town planners on the connection between planning and health. More recently, they ran a crowdsourced digital campaign where over thirty young people participated in translating the WHO’s preventive guidelines on COVID-19 into 19 African languages. She is also a writer and her work has been featured in Johnson and Johnson’s Africa Storytelling Challenge. In recognition of her contributions to health science, she was selected to the 2020 Next Einstein Fellowship. 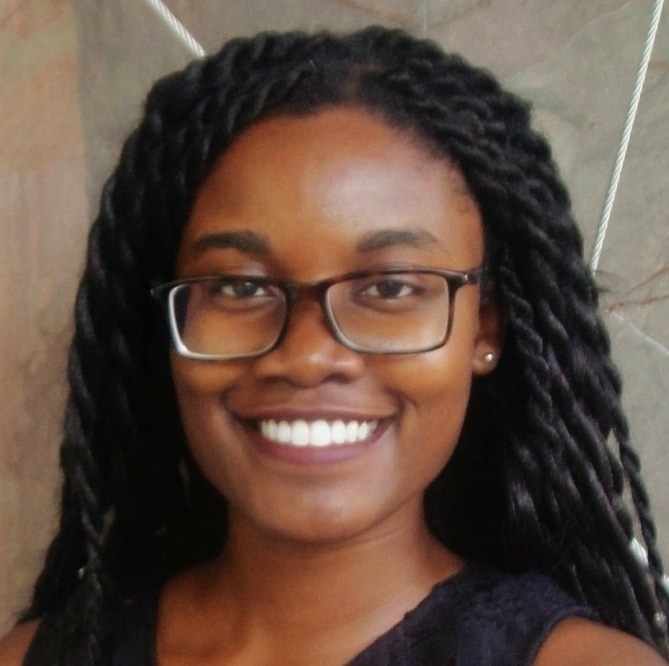 Tola aims to disrupt health inequality in Africa‘s cities by harnessing the power of data science, epidemiology and machine learning to explore and model various diseases and risk factors in order to better understand and minimize disparities in urban health.

She is a Master of Public Health graduate from the University of Queensland, Australia, and has completed a BSc.Double Major in Biology and Medical Science from the University of Western Ontario, Canada. Her experience includes research and community outreach with organizations targeting urban slum populations, women, children, and youth across Nigeria, Canada, and Australia. Omotola leads policy research and partnership building at the Engage Africa Foundation, where she worked on research recommending a shift to a socioecological response to effectively tackle rising non-communicable disease in Africa’s cities. 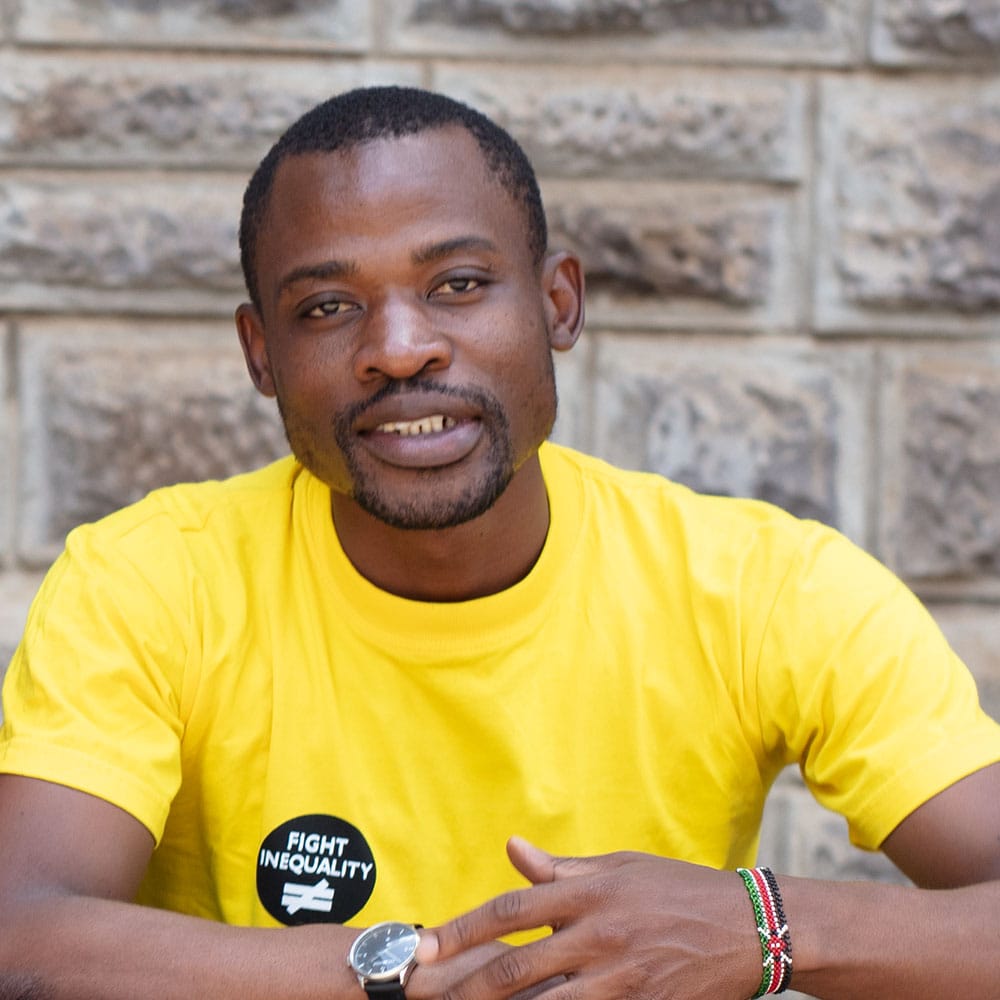 Charles is a passionate environmentalist who aims to build more green champion leaders to defend and protect their environment for posterity and future generations.

He has over 10 years of experience in the field of environmental conservation and community engagement. He is a certified environment impact assessment (EIA) expert with National Environment Management Authority (NEMA).

He is the founder of a community-based organization called Wafuraha Group based in Dandora – home of biggest dumpsites in Kenya – to utilize his environmental knowledge and implement local actions like waste management, community clean ups, tree planting, school education programs and handicrafts. Charles is a co-founder of Ken Green Marketing Cooperative Society promoting the formation of over 50 Green Enterprises that promote green enterprises that address climate change, for example producing briquettes as an alternative source of fuel to replace 30% of the unsustainable produced charcoal.

Charles has mobilized other community-based organizations to form the Dandora Environment Consortium which organized nature trails along the Nairobi River and tree planting expeditions. He was part of a team that formed a community driven initiative dubbed the Nairobi River Waterfalls Conservancy with the main aim to conserve the river basin ecosystem.

He works with Voices 4 Change (V4C) as the Project Coordinator for the Growth4Change that fights poverty through urban farming and green growth. Charles volunteers at Greening Kenya Initiative Trust (GKIT). He is at the frontline of the Green Schools Program and works with many schools in Kenya to establish tree nursery, start smart kitchen gardens and tree growing in schools and degrade Riparian reserves. He organizes Green champions countrywide to form CBOs and help to come up with bankable and transformative community projects. 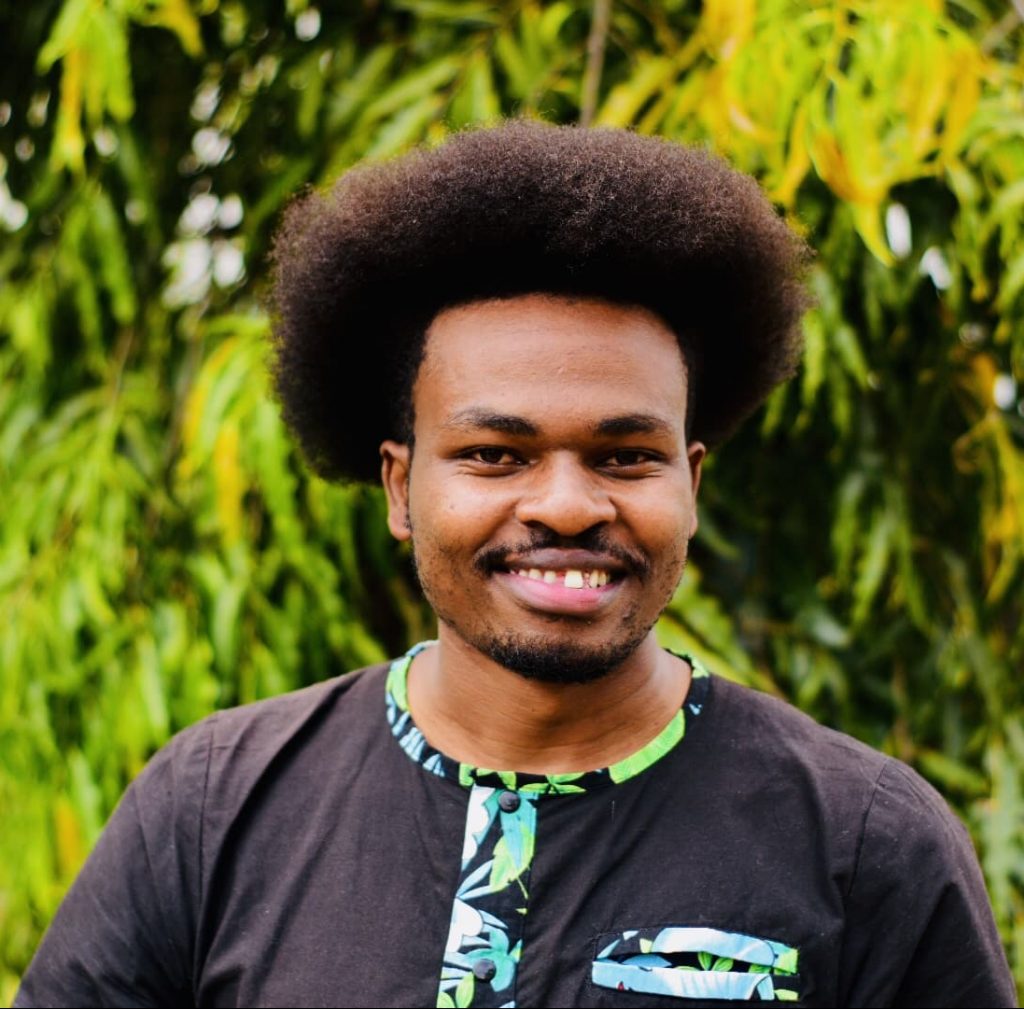 Kaluki is a climate justice and environmental defender from Kenya.

He has led and advocated for strong climate action in Kenya, Africa; from the successful deCOALonize campaign to leading Education for Sustainable Development(ESD) for schools, training and advocating for Nature-Based Solutions whilst championing for sustainable diets, restoration, agroforestry and ecological farming practices.

Kaluki has a background in Environmental conservation and Natural resource management from the University of Nairobi. He is the Africa Director at Youth4Nature, Co-founder and executive director at Kenya Environmental Action Network, founder at Green treasures Farms, and ambassador at Global Evergreening Alliance. He advocates for strong and meaningful youth engagement in climate policy and processes, leadership and community engagement. Kaluki is an environmental blogger and kindness advocate. 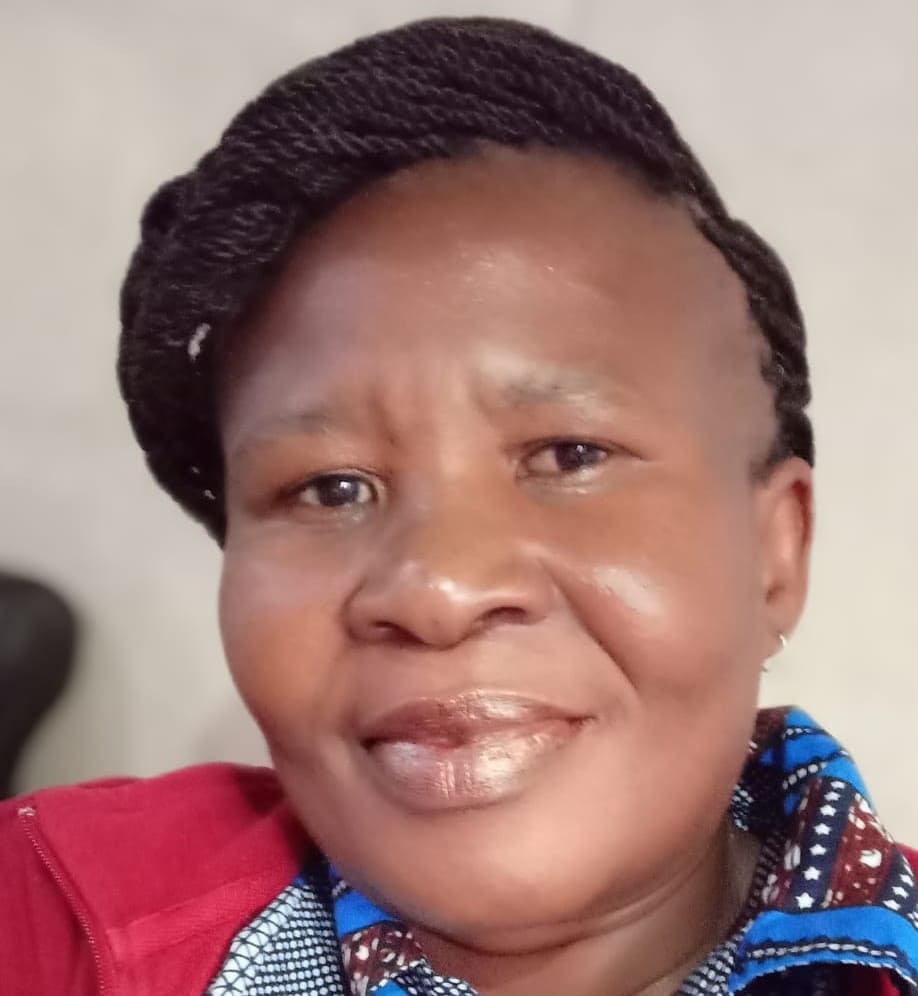 Makoma is the Director of Earthlife Africa Jhb - an environmental justice and anti-nuclear organisation. Makoma is a strong campaigner for a just and fair society.

Her commitment to climate justice in South Africa has led civil society to win the first South African climate change legal court case against the government and the reversal of the nuclear deal by the South African and the Russian government. For her efforts she received the WWF Living Awards Honourable Mention in 2017, the Goldman Environmental Prize for Africa in 2018 and the Nick Steel Memorial : Environmentalist of the Year 2018 amongst other accolades. Recently appointed to the Presidential Climate Change Coordinating Committee a body tasked in advising the President on the process of a just transition to a low carbon development. 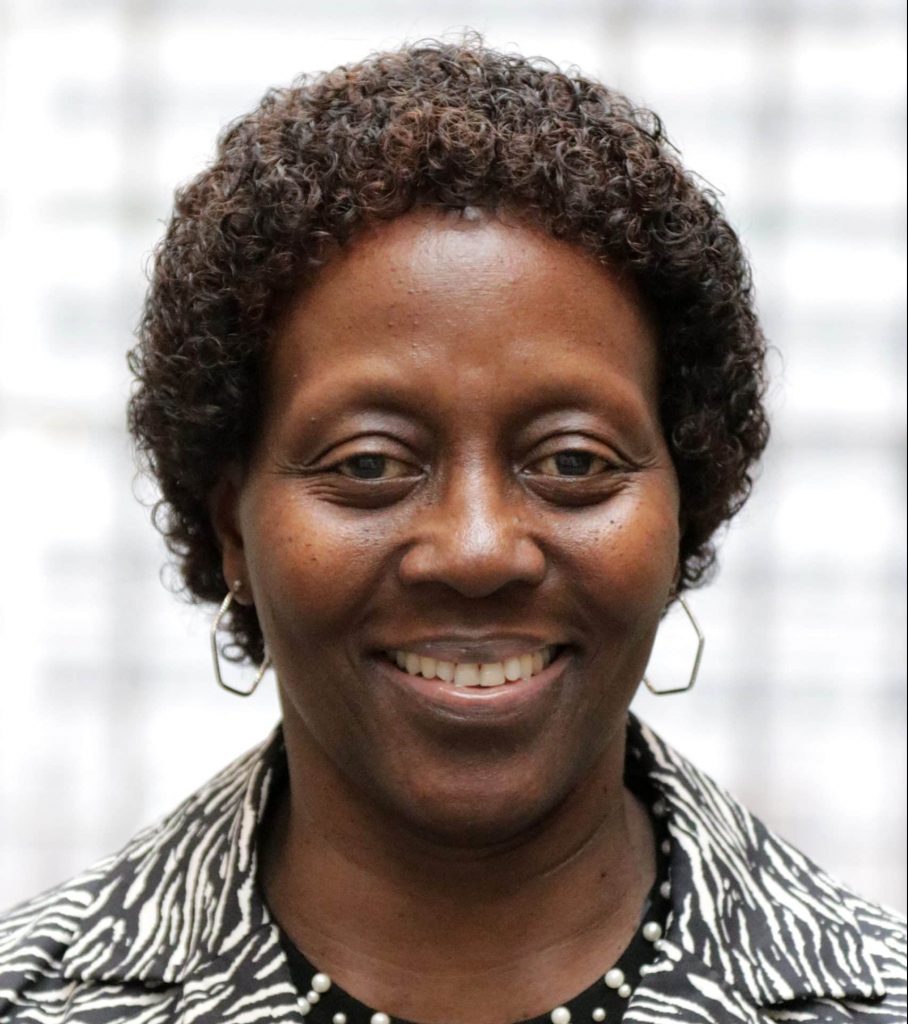 Elizabeth is the Executive Secretary of the Convention on Biological Diversity.

She has worked with the UN Environment Programme (UNEP) for over two decades and was the Director of the Law Division at UNEP which is also responsible for international environmental governance as well as multilateral environmental agreements.

Prior to joining the Law Division in June 2014, she was Deputy Director of the Ecosystems Division, in charge of coordination, operations and programme delivery from 2012 and also served for one year as Acting Director to the same Division. In 2018, she was the Acting Director of the Corporate Services Division. Prior to these duties, she also served as Executive Secretary of the UNEP/Secretariat of the Convention on the Conservation of Migratory Species of Wild Animals (CMS) from 2009-2012.

Before joining UNEP, she worked with Tanzania’s Ministry of Foreign Affairs and International Cooperation and left as a Counsellor/Senior Legal Counsel. During her time with the Ministry, she was also a lecturer in Public International Law and Conference Diplomacy at Tanzania’s Centre for Foreign Relations and Diplomacy. She had also served as a pro bono visiting lecturer at the University of Nairobi Law School and at the International Development Law Organization, Rome, Italy. 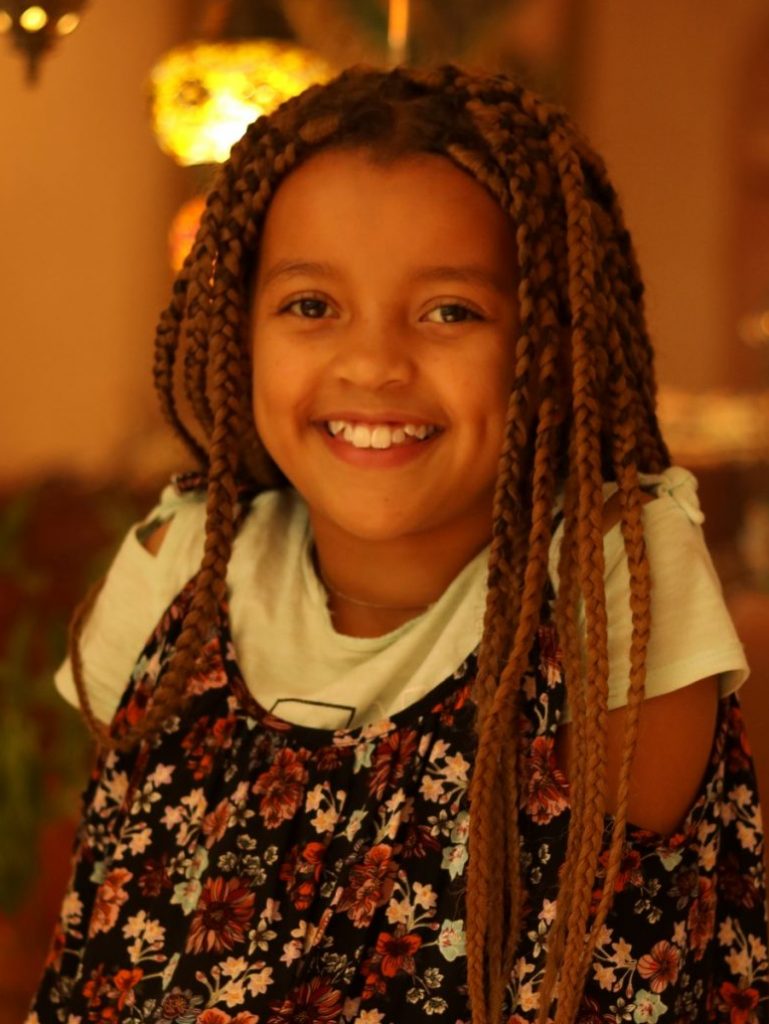 Ellyanne started tree planting in 2015, aged 4, after completing a Kindergarten project on heroes.

The heroes she studied included Wangari Maathai, founder of the Green Belt movement and the first African woman to win a Nobel Peace prize. She was struck by the importance of Professor Maathai’s tree planting efforts. Upset by the widespread cutting of trees causing environmental degradation in Kenya, Ellyanne set about planting trees. 321 initially and reached her target of 1000 trees a few months later. Six years later, having launched the Children with Nature – an organisation led by youth and children to support and promote tree planting – she is now at 1.3 million trees in schools, government forests and several riparian river banks. Her new target is to plant 1 million trees in the Sahel Desert, North of Africa.

Ellyanne’s passion and zeal has not gone unnoticed. She was invited by the United Nations Environment Programme (UNEP) Nairobi  for the 2017 World Environment Day celebrations, themed Connecting with Nature.

Kenyan Cabinet Secretary Keriako Tobiko recently appointed Ellyanne as Co-Chair of the Task Force for Michuki Park, an Urban Green Space in Nairobi. She is charged with helping to regenerate the green space and provide a suitable play area with learning activities for children and youth.