If we could discount our future, would we act now, knowing that the decisions made now will shape the risk of emergencies for decades to come?

The commentary below explores a new strategy to health-proof the future of urban development.

Read the commentary below:

In 2017, for the first time in human history, the number of people living in cities exceeded those in the countryside, and this trend shows no sign of slowing down; by 2050, >70% of the world is projected to live in urban areas. Most people move to cities for better jobs, education, and healthcare. However, these gains often come at the cost of ecosystem disruption and degradation, which simultaneously threaten people’s wellbeing and increase the risk of environmental breakdown.

The concept of planetary boundaries was developed to capture the ecological limits within which humanity can live sustainably in the long term. Globally, and particularly in low and middle-income countries, four planetary boundaries have already been exceeded: land use change (with urbanisation), climate change, biodiversity loss and nitrogen and phosphorus flows.

Cities place significant pressure on these planetary boundaries, with population growth pushing the boundaries of human settlements engendering ecological disruption and deforestation; air pollution due to industrial activities and the use of polluting fuels for transport, cooking and heating; and inadequate waste management driving pollution from domestic, agricultural and chemical sources.

But there is another way…

The social challenges that impact human health and wellbeing are complex, often the result of interrelated and seemingly disconnected factors interacting. The current pandemic is a good example of such complexity and the futility of siloed thinking and action. COVID-19 is not just an infectious disease, nor just a physical health challenge. Its causes and consequences are felt society-wide. In response, we have seen unprecedented global activity, from scientific research into vaccine development and community-level collective action to innovative efforts to address the digital divide and government interventions to support key workers and livelihoods.

COVID-19 has redefined what is possible. Now, calls are growing to build back better from the pandemic, and to choose different development pathways that will reduce the risk and impact of future emergencies.

Focusing on Africa, we can see that economic development remains largely destructive, with significant environmental destruction especially in and around cities, including deforestation, biodiversity loss, air and water pollution and so on. The impact of such disruption is clear. For example, in Kenya, dry seasons have been prolonged causing drought. When the rains do come, it floods. The confluence of extreme weather events led to the worst outbreak of locusts in over 70 years, with devastating consequences for cattle and crops and knock-on effects on food security and health.

Develop differently: 4 ingredients to health-proof and climate-proof the future of cities

But what if instead, cities were instead designed to create health equitably and sustainably? Putting such an approach into practice would require four ingredients:

Firstly, a recognition that health is much more than healthcare. Colloquially, the understanding of health has been subsumed almost entirely by healthcare. But while access to healthcare is necessary, it is not a sufficient component of health, as the majority of factors that influence health (such as food, waste, transport and housing) lie outside of the healthcare sector. A more holistic approach is urgently needed.

Secondly, health and sustainability must be understood to go hand in hand. Urban spaces amplify or reduce the health risks encountered in daily urban life, for example through urban development that is centred on access to green public space, safe healthy housing, natural ecosystems preservation that both preserve biodiversity and reduce the risk of emergence of new infectious diseases.

However, the very sectors operating in our natural and built environments that could shape and create health are currently largely structured to undermine health and sustainability in cities. Such development efforts have left countries like Nigeria, with the largest gas flaring sites in Africa increasing air pollution (with implications for lung and heart disease) and depleting the ozone layer that contribute to heat islands. The ensuing heat stress has direct implications for health (increasing the risk of heart disease) as well as indirectly through disruptions to the natural environment (for example through reductions in food productivity and interruptions to water access that increase the risk of malnutrition and water‐borne diseases).

“Participation and engagement of citizens will be critical to shifting norms that increase the demand for healthy sustainable places, as demonstrated globally with the youth strikes for climate action.”

Thirdly, integrating health and sustainability as a central organising principle of development would require collaboration across diverse institutions and sectors such as urban planning, finance, trade, in addition to the health sector. Such mechanisms, requiring commitments from public and private sectors, would facilitate accountability, a critical component of implementation. For example, the housing sector could be required to consider the health and sustainability impacts of all proposed initiatives. Notably, this approach would require equipping actors across these sectors with tools and skill to adopt a systems approach to their work.

The final ingredient is participation and inclusion. With a median age of 19.8 years, Africa is the youngest continent and as such ensuring the perspectives of (what is essentially) the “average” person translates to ensuring the voices of youth are centred. Young people are particularly attracted to urban areas because they have easier access to economic opportunities, but this demographic dividend needs to be healthy to be harnessed. Beyond being merely an important beneficiary group, young people should play a central role in driving innovations that propel cities towards health and sustainability as the norm. Participation and engagement of citizens will be critical to shifting norms that increase the demand for healthy sustainable places, as demonstrated globally with the youth strikes for climate action.

Times of disruption offer an opportunity to realign the purpose of cities for people and the planet. The pandemic has expanded our shared sense of what is possible, and transformational systems change towards a healthy sustainable future is now easier to imagine. The African Union’s Agenda 2063 goals include health and wellbeing and inclusive sustainable cities, but the pathway is unclear and current urbanisation goals are not aligned to address health and sustainability. Such transformational change needs to be set in motion today to stand a chance of achieving Agenda 2063 goals in the next 42 years. This will take time. But not just any kind of time.

Kairos, an ancient Greek notion of time, refers not to a quantitative specific amount of time (chronos), but to opportune time for transformative action. Kairos has been described as being composed of exigence (the inherent pressure to do something about a situation immediately), audience (who is involved including who is to be persuaded), and constraints (external factors that act as barriers).

Given the time and space disconnect between the impacts of urban development on climate, nature and health, and the slow-motion of the ensuing health and environmental emergencies, exigence will be a priority to tackle. This will require a move away from short-term quick fixes that come at the expense of future health and environmental impacts. It will also be important to facilitate shared knowledge exchange to learn from others to accelerate change.

We propose a dual strategy to health-proof the future of urban development.

Firstly, we need to make sure that our urban areas are designed and managed so that they are sustainable and healthy for their inhabitants. What if trade agreements were centred on creating health and sustainability? What if urban infrastructure loans and investments were contingent on demonstrating measurable health impacts and climate mitigation and adaptation considerations? What if the success of new social and private housing was assessed not just on completion of buildings but on their impact on local hospital admissions from cardiorespiratory diseases? Such approaches would incentivise innovation to tackle health and environmental challenges, such as increasing green cover to adapt to the effect of heat islands, increase carbon capture, protect biodiversity and increase walkability and physical activity.

Secondly, we need to increase popular demand for healthy sustainable places: with advocacy and activism and the power of youth harnessed to accelerate urgency, leveraging reputation to shift norms of acceptability. For example, can we imagine a future when we look back with incredulity at how it was ever acceptable for 90% of people in the world to breathe polluted air? An important part of this re-kindling of our collective social imagination is narratives that re-vision an alternative future to bring the future we want into the present.

The pandemic has highlighted the urgency of developing differently. Responses to the pandemic have also challenged the notion of the impossible, with global policy action previously considered radical or unthinkable now almost a daily occurrence. Similar urgent immediate action is needed to tackle the preventable planetary health emergencies that threaten human and economic development. We argue that now is the opportune (Kairos) time for transformative action to accelerate our re-imagination of a different future, and to catalyse ‘radically particular’ creativity and action to address health, social and planetary inequalities. 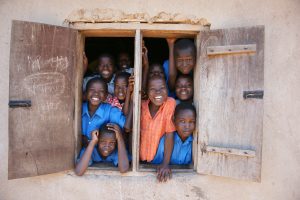 Progress Overall is Not Progress for All: How Can We Reset African Urban Systems for a Healthier post-COVID World?

Since the emergence of the new SARS CoV-2 virus and the COVID-19 pandemic, the unprecedented pace of scientific discovery has resulted in the speedy development of new treatments and vaccines.  While planning for cycles of 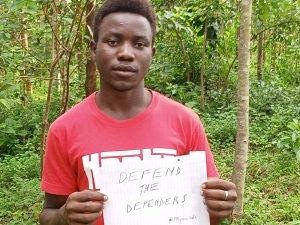 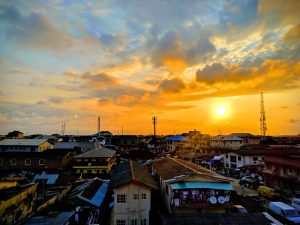 Heart health: design cities differently and it can help us live longer

By 2050, it is projected that almost 70% of the world’s population will be living in cities, up from 55% today. The fastest urban growth is happening in Asia and Africa, which is also where we’re seeing